Genetically modified organisms (GMOs) are now a staple of the food industry despite having only been introduced into our lives a few decades ago.

GMOs are genetically engineered crop plants whose traits have been altered by genetic engineering techniques. The aim is generally to increase the yield, improve the crop’s characteristics, or provide resistance against herbicides and pesticides.

The concept has been nothing short of revolutionary. Unfortunately, however, there's a lack of evidence of, or studies into, the long-term safety of consuming these products. Many consumers are therefore hesitant about consuming GMOs, and certain non-profit organizations (such as the Non-GMO Project) have emerged in a bid to protect the supply of non-GMO food.

Over the past few years, various regions throughout the world have introduced strict policies to regulate the authorization and traceability of GMOs as they go from farm to fork. For instance, in many countries throughout the world, it’s now mandatory to appropriately label all products containing GMOs – though there is a predefined threshold that determines whether labeling is required or not. This threshold differs from country to country, highlighting the need for a quantitative, highly sensitive test.

EU legislation dictates that any products at or above the 0.9% GMO-contamination threshold must be labeled as “containing GMO” (Regulation (EC) No. 1829/2003 of the European Parliament and of the Council of 22 September 2003). Conversely, any products that fall below this threshold can simply be labeled “non-GMO.” It's important to use the right detection method as certain consumers might believe GMO products to be less authentic and less safe, which will subsequently impact sales.

Despite its well-known limitations, real-time PCR testing has long been considered the 'gold standard' for the screening of GMOs in food and feed samples.

The process of using real-time quantitative PCR results for GMO quantification is based on a standard curve, with increased measurement uncertainty in very low concentrations. It’s also worth noting that food and feed samples are incredibly complex and contain a wealth of PCR inhibitors. These inhibitors negatively impact amplification and can therefore lead to false negative results.

A new technique called droplet digital PCR (ddPCR) was developed to overcome these issues. It's the third generation of PCR technology, offering improved precision, sensitivity and absolute quantification of the target. With ddPCR, the total volume of the testing sample is split into millions of droplets. A Poisson distribution then provides absolute quantification thanks to a binary signal displaying the positive versus negative droplets. By splitting the reaction volume, the ddPCR method is more accurate and robust, less prone to bias and more tolerant to inhibitors.

Experts at our SGS Competence Centre for Molecular Biology have developed and validated a new test based on ddPCR technology to screen for GMOs in your food and feed samples. Our test can screen up to five targets (35S promoter, NOS termination, FMV promoter, pat gene and cry1ab/ac gene) while also amplifying housekeeping genes for maize, soy and general plants. This allows us to find the relative percentage of total GMO content and to confirm proper DNA extraction (even in highly processed samples with high levels of DNA fragmentation).

A client asked us to screen a sample of coconut cookies for the presence of GMOs. The sample had previously been sent to two different laboratories, and the results had been different each time (though we were unaware of what those results were). The client ultimately wanted to know whether the coconut that was present in the cookies had been genetically modified.

The SGS lab staff focused on the three different targets most commonly introduced in plant GMOs – 35S promoter, NOS terminator and FMV promoter. Due to the complex nature of the sample, the lab staff analyzed both the final product as well as the raw material itself.

Real-time PCR results showed a negative amplification with a slight signal below the limit of detection. With ddPCR, however, we were able to confirm the presence of GMOs in the final sample. The technology was able to obtain accurate results thanks to its tolerance to inhibitors and low-target detection capabilities.

The ddPCR results clearly showed that the product had been contaminated with genetically modified soy during the food processing stages – the raw samples were negative for the GMO target but positive for plant DNA. Having detected the presence of soy – an allergen – the client quickly took all necessary steps to clearly state this on the product label moving forward.

It’s clear that ddPCR tests provide accurate, reproducible and robust results, making them a powerful tool when it comes to screening for GMOs.

In addition, SGS DigiComply uses AI based technology to enable you to understand the global regulatory framework, so you can predict risk and maintain compliance with each country’s requirements, while accessing support from SGS experts. 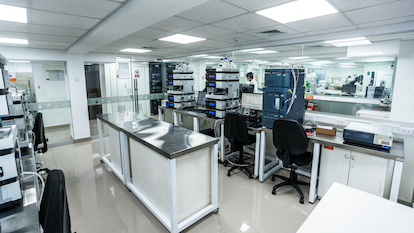 We have upgraded our food testing laboratory in Callao City, Peru. 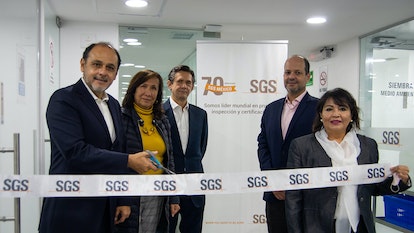 Food Analysis Laboratory Inaugurated on our 70th Anniversary in Mexico 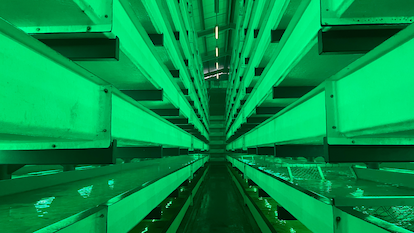 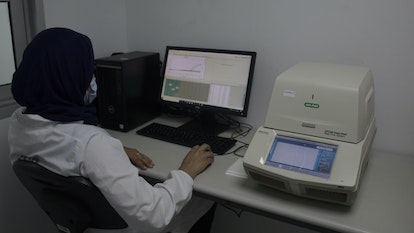